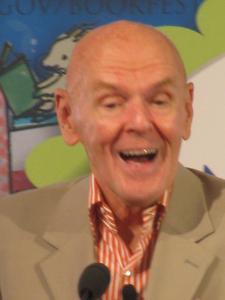 Richard Wayne Peck (April 10, 1934 – May 23, 2018) was an American novelist known for his prolific contributions to modern young adult literature. He was awarded the Newbery Medal in 2001 for his novel A Year Down Yonder (the sequel to A Long Way From Chicago). For his cumulative contribution to young-adult literature, he received the Margaret A. Edwards Award from the American Library Association in 1990.
Read more or edit on Wikipedia