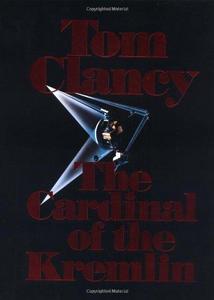 The Cardinal of the Kremlin

The Cardinal of the Kremlin is an espionage thriller novel, written by Tom Clancy and released on May 20, 1988. A direct sequel to The Hunt for Red October (1984), it features CIA analyst Jack Ryan as he extracts CARDINAL, the agency's highest placed agent in the Soviet government who is being pursued by the KGB, as well as the Soviet intelligence agency's director. The novel also features the Strategic Defense Initiative (SDI), a real-life missile-defense system developed by the United States during that time, and its Russian counterpart. The book debuted at number one on the New York Times bestseller list.
Read more or edit on Wikipedia