Richard Webster (17 December 1950 – 24 June 2011) was a British author. His five published books deal with subjects such as the controversy over Salman Rushdie's novel The Satanic Verses (1988), Sigmund Freud and psychoanalysis, and the investigation of sexual abuse in Britain. Born in Newington, Kent, Webster studied English literature at the University of East Anglia and lived in Oxford, England. He became interested in the problem of false allegations partly due to reading the work of historian Norman Cohn.In A Brief History of Blasphemy (1990), Webster discussed the Muslim response to The Satanic Verses and argues against unrestricted freedom of speech. The book was praised by Rowan Williams, the Archbishop of Canterbury. In Webster's subsequent book Why Freud Was Wrong (1995), he argued that Freud became a Messiah figure and that psychoanalysis is a disguised continuation of the Judaeo-Christian tradition. The book was praised by several commentators. In The Secret of Bryn Estyn: The Making of a Modern Witch Hunt (2005), Webster discussed a care home for adolescent boys that became the focus of press revelations and a police investigation for child abuse that spread across a number of residential homes in North Wales, and argued that abuse scandals could be phenomena created by public hysteria. The book was shortlisted for the Orwell Prize.
Read more or edit on Wikipedia 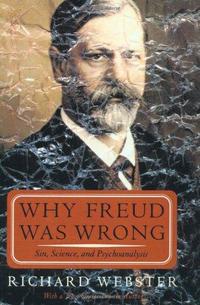 Why Freud Was Wrong

A Brief History of Blasphemy 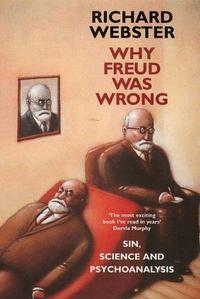 Why Freud Was Wrong : Sin, Science and Psychoanalysis