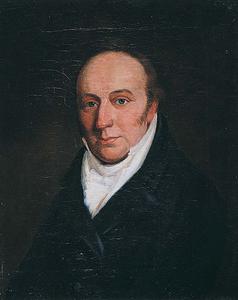 Mayor of Monmouth and writer

Charles Heath (1761 – 1 January 1831) was a printer and writer who became a leading radical in Monmouth. He was twice elected Mayor of Monmouth.
Read more or edit on Wikipedia

Monmouthshire. Historical and descriptive accounts of the ancient and present state of Ragland Castle

Descriptive accounts of Persfield and Chepstow, including Caerwent, and the passages

An account of the presentation or colours to the Monmouth Volunteers, or, townsmen of King Henry the Fifth, on Monday, August the nineteenth, 1799, by Her Grace the Dutchess of Beaufort