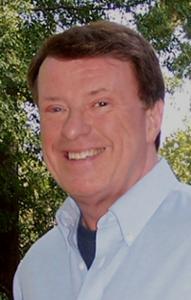 Robert S. McElvaine (born January 24, 1947) is Elizabeth Chisholm Professor of Arts and Letters and Chair of the Department of History at Millsaps College in Jackson, Mississippi, where he has taught for thirty-five years. He is the author of seven books and the editor of three. He is considered one of the world's leading historians of the Great Depression. His first two books on the Depression era have become standards in the field. The Great Depression: America, 1929–1941, which came out in a new edition in 1993 and again in 2009, has been called "the best one-volume overview of the Great Depression." Two of his books have been named among the "Notable Books of the Year" by the New York Times Book Review, and three have been listed among the Editor's Choice "Bear in Mind" books in that publication. McElvaine's articles and opinion pieces appear frequently in such publications as the New York Times, Washington Post, Los Angeles Times, Wall Street Journal, New York Times Book Review, Newsweek and The Nation. More than 100 of his articles have been published, some 60 of them in major national publications. He has been a guest on approximately 75 television and radio programs, including NBC's Today, ABC World News Tonight with Peter Jennings, NBC Nightly News, National Public Radio's All Things Considered and Morning Edition, PBS NewsHour with Jim Lehrer, BBC television and radio, and the Studs Terkel Show. McElvaine is a contributing blogger at The Huffington Post. Professor McElvaine has served as historical consultant for several television programs, including the seven-episode PBS series The Great Depression. He has received many awards for his teaching, including a silver medal in the national Professor of the Year program of the Council for the Advancement and Support of Education and being named Millsaps College's Distinguished Professor in 2001 and won the Carnegie Endowment Professor of the Year Award in Mississippi in 2002. McElvaine has read widely in fields including anthropology, human evolution, ancient history, and women's history, in order to offer a reinterpretation of the significance of sex in the unfolding of human history. For the past decade he has taught a course at Millsaps College titled "Sex, Religion, and Prehistory". He has lectured in the United States, Europe, Africa, and Australia on his ideas about the central influence on human history of various misconceptions and metaphors about sex that form the basis of Eve's Seed. That book has been favorably received by both general readers and academics. His ideas were also featured in a feature article in the Arts & Ideas section of The New York Times. McElvaine's latest book, Grand Theft Jesus: The Hijacking of Religion in America (Crown, 2008) accuses the religious right of having "kidnapped Jesus". With reference to the presidency of George W. Bush, the Iraq War and the "prosperity gospel", and figures including Jerry Falwell, Ted Haggard, James Dobson and D. James Kennedy, McElvaine argues that the right has espoused a message that contradicts Jesus' teachings.In 2007, he wrote an extensive analysis of the economic conditions in comparison with those of the 1920s, "If (Economic) History Doesn't Repeat Itself, Does It Rhyme?" in which he predicted a coming collapse similar to what had happened in 1929. In 2009, Three Rivers (Crown) published a 25th anniversary edition of The Great Depression: America, 1929–1941 with a comprehensive new introduction comparing the economic collapse of 2008 with that of 1929.
Read more or edit on Wikipedia