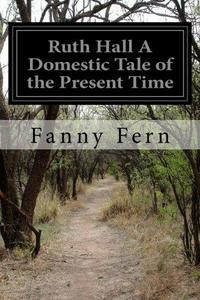 Ruth Hall: A Domestic Tale of the Present Time is a roman à clef by Fanny Fern (pen name of Sara Payson Willis), a popular 19th-century newspaper writer. Following on her meteoric rise to fame as a columnist, she signed a contract in February 1854 to write a full-length novel. She finished Ruth Hall within a few months, and it was first published in November 1854.
Read more or edit on Wikipedia