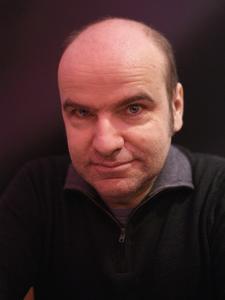 Lewis Trondheim (born Laurent Chabosy, French: [ʃabɔzi], on 11 December 1964), is a French cartoonist and one of the founders (in 1990) of the independent publisher L'Association. Both his silent comic La Mouche and Kaput and Zösky have been made into animated cartoons. He explained his choice of pseudonym after the Norwegian city of Trondheim as follows: "As a last name I wanted to use a city's name, but Lewis Bordeaux or Lewis Toulouse didn't sound so good. Then I thought about this city, Trondheim… Maybe someday I will publish a book under my real name, in order to remain anonymous."
Read more or edit on Wikipedia