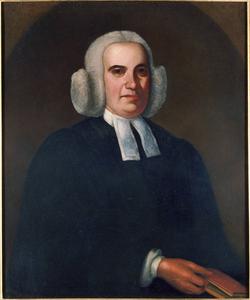 Samuel Finley (July 2, 1715 – July 17, 1766) was an evangelist, Presbyterian (New Light) minister and academic. He founded the West Nottingham Academy, and was the fifth president and an original trustee of the College of New Jersey (later known as Princeton University) from 1761 until 1766.
Read more or edit on Wikipedia