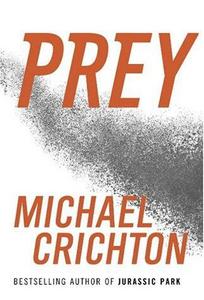 Prey is a novel by Michael Crichton, his thirteenth under his own name and twenty-third overall, first published in November 2002, making his first novel of the twenty-first century. An excerpt was published in the January–February 2003 issue of Seed. Like Jurassic Park, the novel serves as a cautionary tale about developments in science and technology; in this case, nanotechnology, genetic engineering, and distributed artificial intelligence. The book features relatively new advances in the computing/scientific community, such as artificial life, emergence (and by extension, complexity), genetic algorithms, and agent-based computing. Fields such as population dynamics and host-parasite coevolution are also at the heart of the novel. Film rights to the book were purchased by 20th Century Fox.
Read more or edit on Wikipedia

add to my inventory
selling