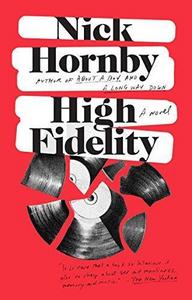 High Fidelity is a novel by British author Nick Hornby first published in 1995. It has sold over a million copies and was later adapted into a feature film in 2000, a Broadway musical in 2006 and a TV series in 2020. In 2003, the novel was listed on the BBC's survey The Big Read.
Read more or edit on Wikipedia