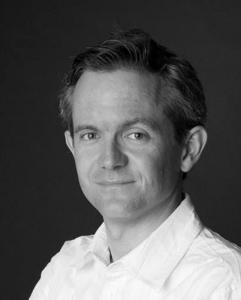 Simon Chesterman is an Australian academic, writer and law professor who is currently the Dean of the National University of Singapore's Faculty of Law (NUS Law) and Senior Director for AI Governance at AI Singapore. A Rhodes Scholar, he is also Editor of the Asian Journal of International Law and Co-President of the Law Schools Global League. Chesterman succeeded Tan Cheng Han as Dean of NUS Law on 1 January 2012. Prior to January 2012, he was Global Professor and Director of the New York University School of Law Singapore Programme. His research concerns international law, public authority, data protection, and the regulation of artificial intelligence. He is critical of what he sees as the changing and increasingly expanding role of intelligence agencies. Chesterman is the author or editor of twenty books and four novels. In 2013, Chesterman was appointed as a member of Singapore's Data Protection Advisory Committee and in 2016 joined the United Nations University Council. From 2012 to 2017 he served as Secretary-General of the Asian Society of International Law.
Read more or edit on Wikipedia

One Nation Under Surveillance