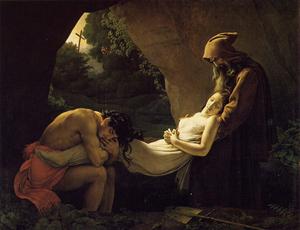 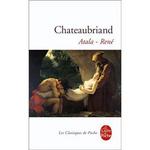 Atala, ou Les Amours de deux sauvages dans le désert is an early novella by François-René de Chateaubriand, first published on 12 germinal IX (2 April 1801). The work, inspired by his travels in North America, had an immense impact on early Romanticism, and went through five editions in its first year. It was adapted frequently for stage, and translated into many languages. Along with René, it began as a discarded fragment from a long prose epic the author had composed between 1793 and 1799, Les Natchez, which would not be made public until 1826. In 1802 both Atala and René were published as part of Chateaubriand's Génie du christianisme.
Read more or edit on Wikipedia