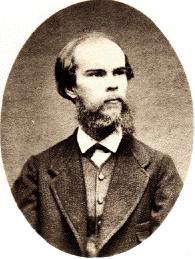 Paul-Marie Verlaine (; French: [vɛʁlɛn(ə)]; 30 March 1844 – 8 January 1896) was a French poet associated with the Symbolist movement and the Decadent movement. He is considered one of the greatest representatives of the fin de siècle in international and French poetry.
Read more or edit on Wikipedia