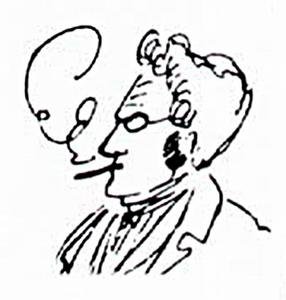 Johann Kaspar Schmidt (25 October 1806 – 26 June 1856), known professionally as Max Stirner, was a German post-Hegelian philosopher, dealing mainly with the Hegelian notion of social alienation and self-consciousness. Stirner is often seen as one of the forerunners of nihilism, existentialism, psychoanalytic theory, postmodernism and individualist anarchism.Stirner's main work The Ego and Its Own (German: Der Einzige und sein Eigentum; meaningfully translated as The Individual and his Property, literally as The Only One and His Property) was first published in 1844 in Leipzig and has since appeared in numerous editions and translations.
Read more or edit on Wikipedia