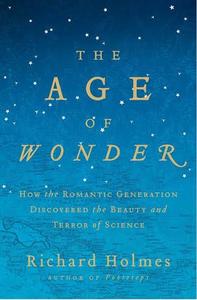 The Age of Wonder

The Age of Wonder: How the Romantic Generation Discovered the Beauty and Terror of Science is a 2008 popular biography book about the history of science written by Richard Holmes. In it, the author describes the scientific discoveries of the polymaths of the late eighteenth century and how this period formed the basis for modern scientific discoveries. The book won the 2009 Royal Society Prize for Science Books, the 2009 National Book Critics Circle Award for General Nonfiction, and the 2010 National Academies Communication Award.
Read more or edit on Wikipedia