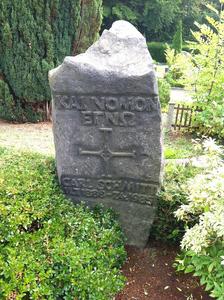 Carl Schmitt (; 11 July 1888 – 7 April 1985) was a German jurist, political theorist, and prominent member of the Nazi Party. Schmitt wrote extensively about the effective wielding of political power. A conservative theorist, he is noted as a critic of parliamentary democracy, liberalism, and cosmopolitanism, and his work has been a major influence on subsequent political theory, legal theory, continental philosophy, and political theology, but its value and significance are controversial, mainly due to his intellectual support for and active involvement with Nazism. Schmitt's work has attracted the attention of numerous philosophers and political theorists, including Giorgio Agamben, Hannah Arendt, Walter Benjamin, Susan Buck-Morss, Jacques Derrida, Waldemar Gurian, Carlo Galli, Jaime Guzmán, Jürgen Habermas, Friedrich Hayek, Reinhart Koselleck, Chantal Mouffe, Antonio Negri, Leo Strauss, Adrian Vermeule, and Slavoj Žižek, among others. According to the Stanford Encyclopedia of Philosophy, "Schmitt was an acute observer and analyst of the weaknesses of liberal constitutionalism and liberal cosmopolitanism. But there can be little doubt that his preferred cure turned out to be infinitely worse than the disease."
Read more or edit on Wikipedia