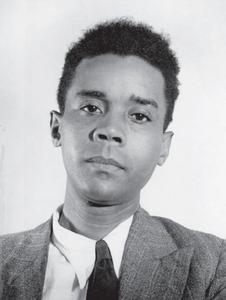 Cyril Lionel Robert James (4 January 1901 – 31 May 1989), who sometimes wrote under the pen-name J. R. Johnson, was a Trinidadian historian, journalist and Marxist. His works are influential in various theoretical, social, and historiographical contexts. His work is a staple of Marxism, and he figures as a pioneering and influential voice in postcolonial literature. A tireless political activist, James is the author of the 1937 work World Revolution outlining the history of the Communist International, which stirred debate in Trotskyist circles, and in 1938 he wrote on the Haitian Revolution, The Black Jacobins.Characterised by one literary critic as an "anti-Stalinist dialectician", James was known for his autodidactism, for his occasional playwriting and fiction – his 1936 book Minty Alley was the first novel by a black West Indian to be published in Britain – and as an avid sportsman. He is also famed as a writer on cricket, and his 1963 book Beyond a Boundary, which he himself described as "neither cricket reminiscences nor autobiography", is commonly named as the best single book on cricket, and even the best book about sports ever written.
Read more or edit on Wikipedia