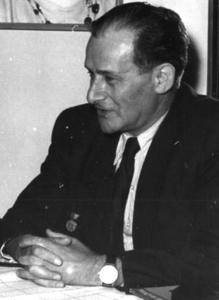 Friedrich Wolf (23 December 1888 – 5 October 1953) was a German doctor and politically engaged writer. From 1949 to 1951, he served as East Germany's first ambassador to Poland.
Read more or edit on Wikipedia

Two on the border