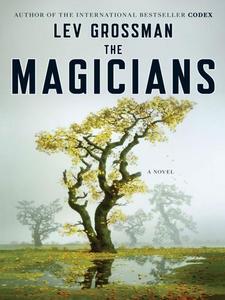 The Magicians is a new adult fantasy novel by the American author Lev Grossman, published in 2009 by Viking Press. It tells the story of Quentin Coldwater, a young man who discovers and attends a secret college of magic in New York. The novel received critical acclaim and was followed by a sequel, The Magician King, in 2011 and a third novel, The Magician's Land, in 2014. A television series adaptation of the novels premiered on Syfy in 2015. Grossman has also worked on two comic books stories based on his novels.
Read more or edit on Wikipedia