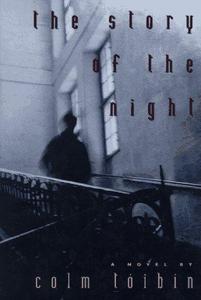 The Story of the Night

The Story of the Night is a Bildungsroman by Irish novelist Colm Tóibín. The novel interweaves the personal story of Richard Garay, a gay Argentinian man with an English mother, and the political history of Argentina through the late 1970s, 1980s and early 1990s. Told entirely in the first person, the novel presents a wholly convincing picture of a character who could almost be described as an anti-hero, and who distills not just the Argentinian but the global late 20th century mix of sexual and economic "freedoms" in a single life: a "story of the night" lights otherwise shadowy places. The publisher's blurb puts emphasis on the first part of the novel, by focusing, in particular, on the protagonist's involvement in the Falklands War and by omitting important themes and topics such as AIDS that are revealed in the second and third parts. This suggest a willingness to mislead and attract potential readers into buying a book they might not otherwise consider.
Read more or edit on Wikipedia