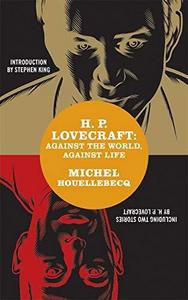 H. P. Lovecraft: Against the World, Against Life

H. P. Lovecraft: Against the World, Against Life (French: H. P. Lovecraft : Contre le monde, contre la vie) is a work of literary criticism by French author Michel Houellebecq regarding the works of H. P. Lovecraft. The English-language edition for the American and UK market was translated by Dorna Khazeni and features an introduction by American novelist Stephen King. In some editions the book also includes two of Lovecraft's best known short stories: "The Call of Cthulhu" and "The Whisperer in Darkness."
Read more or edit on Wikipedia