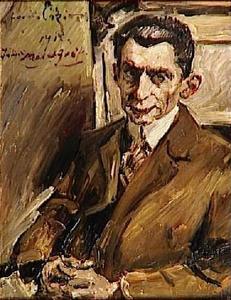 Julius Meier-Graefe (10 June 1867 – 5 June 1935) was a German art critic and novelist.His writings on Impressionism, Post-Impressionism as well as on art of earlier and more recent generations, with his most important contributions translated into French, Russian and English, are considered to have been instrumental for the understanding and the lasting success of these artistic movements.
Read more or edit on Wikipedia