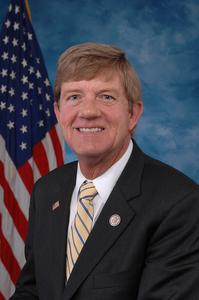 Scott Randall Tipton (born November 9, 1956) is an American politician who served as the U.S. Representative for Colorado's 3rd congressional district. In November 2010, he defeated three-term Democratic incumbent John Salazar, to whom he lost by a wide margin in 2006. A Republican, he was previously a member of the Colorado House of Representatives. In 2020, Tipton lost renomination to Republican primary challenger Lauren Boebert in what was considered a major upset.
Read more or edit on Wikipedia