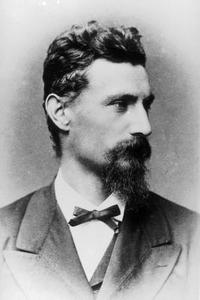 Johann Palisa (6 December 1848 – 2 May 1925) was an Austrian astronomer, born in Troppau, Austrian Silesia, now Czech Republic. He was a prolific discoverer of asteroids, discovering 122 in all, from 136 Austria in 1874 to 1073 Gellivara in 1923. Some of his notable discoveries include 153 Hilda, 216 Kleopatra, 243 Ida, 253 Mathilde, 324 Bamberga, and the near-Earth asteroid 719 Albert. Palisa made his discoveries without the aid of photography, and he remains the most successful visual (non-photographic) asteroid discoverer of all time. He was awarded the Valz Prize from the French Academy of Sciences in 1906. The asteroid 914 Palisana, discovered by Max Wolf in 1919, and the lunar crater Palisa were named in his honour.
Read more or edit on Wikipedia