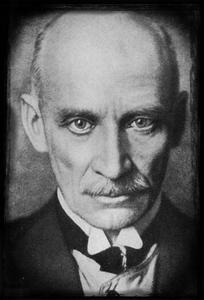 Gustav Meyrink (19 January 1868 – 4 December 1932) was the pseudonym of Gustav Meyer, an Austrian author, novelist, dramatist, translator, and banker, most famous for his novel The Golem. He has been described as the "most respected German language writer in the field of supernatural fiction".
Read more or edit on Wikipedia