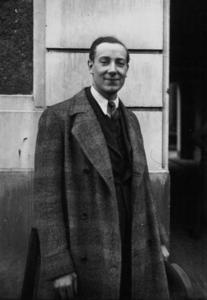 Jean Fayard (1902, Paris – 1978) was a French writer and journalist, winner of the Prix Goncourt in 1931. Fayard was also director of the Editions Fayard. Jean Fayard was the grandson of the founder of Fayard. At the death of his father, Joseph Artheme Fayard, 1936, he took the helm of the publishing family. His papers are held at Institut Mémoires de l'édition contemporaine, 25, rue de Lille, 7th arrondissement of Paris.
Read more or edit on Wikipedia