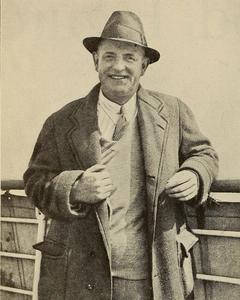 Very Good, Jeeves is a collection of eleven short stories by P. G. Wodehouse, all featuring Jeeves and Bertie Wooster. It was first published in the United States on 20 June 1930 by Doubleday, Doran, New York, and in the United Kingdom on 4 July 1930 by Herbert Jenkins, London. The stories had all previously appeared in Strand Magazine in the UK and in Liberty or Cosmopolitan magazines in the US between 1926 and 1930. As well as Jeeves and his master Bertie Wooster, the stories also feature many regular characters, including Tuppy Glossop, Bingo Little, Bobbie Wickham, Aunt Dahlia, Aunt Agatha and Sir Roderick Glossop. Bertie says the titular phrase four times in the collection.
Read more or edit on Wikipedia