Psychologist/one of the pioneers: Play Therapy

Virginia Mae Axline (1911–1988) was a psychologist and one of the pioneers in the use of play therapy. She wrote the book Dibs in Search of Self. She was also the author of Play Therapy.Play therapy practice is still largely based on Axline's work. In the 1940s, she began to develop nondirective play therapy, the principles of which were based on Carl Rogers' newly emerging person-centred approach. In her first published work she establishes the eight basic principles of nondirective play therapy.In 1964, she published Dibs in Search of Self, which follows the path of one young patient, Dibs, throughout his journey with play therapy having Axline as his therapist. It is a nearly verbatim transcript of the weekly sessions that follow this five-year-old child and his emergence to health and functioning. Axline studied at Ohio State University and Columbia University. She taught at the New York University School of Medicine and School of Education. For seven years, she was on the faculty of Columbia University Teachers College and, prior to that, spent three years as a research associate and faculty member at the University of Chicago.
Read more or edit on Wikipedia

Dibs in Search of Self 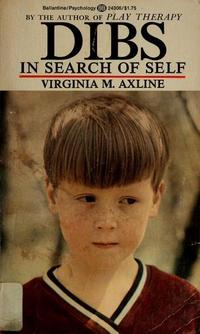 Dibs in search of self 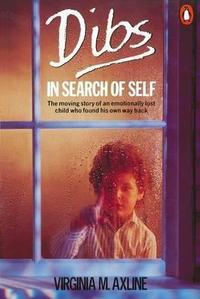