Vlatko Vedral is a Serbian-born (and naturalised British citizen) physicist and Professor in the Department of Physics at the University of Oxford and Centre for Quantum Technologies (CQT) at the National University of Singapore and a Fellow of Wolfson College, Oxford. He is known for his research on the theory of Entanglement and Quantum Information Theory. As of 2017 he has published over 280 research papers in quantum mechanics and quantum information and was awarded the Royal Society Wolfson Research Merit Award in 2007. He has held a Lectureship and Readership at Imperial College, a Professorship at Leeds and visiting professorships in Vienna, Singapore (NUS) and at the Perimeter Institute for Theoretical Physics in Canada. As of 2017 there are over 18,000 citations of Vedral's research papers. He is the author of several books, including Decoding Reality.
Read more or edit on Wikipedia 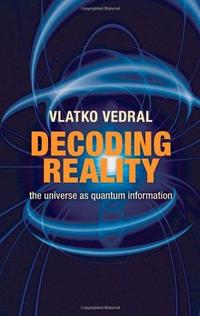