William Hosking Oliver (14 May 1925 – 16 September 2015), commonly known as W. H. Oliver but also known as Bill Oliver, was an eminent New Zealand historian and a poet. From 1983, Oliver led the development of the Dictionary of New Zealand Biography.
Read more or edit on Wikipedia 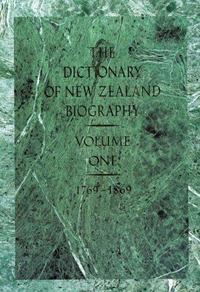 biography collection from 1990 to the present