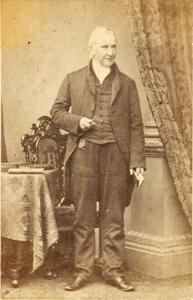 William Richard Beckford Miller (25 March 1769 – 25 October 1844) was one of the leading English publishers of the late 18th and early 19th centuries, known for his popular and expensive titles. He began publishing on his own in 1790 at Bond Street in London. In 1812 he retired, aged 42, selling his business and 50 Albemarle Street, his London home, to John Murray, the second publisher of that name.
Read more or edit on Wikipedia