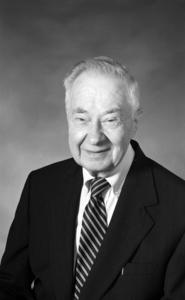 William Stevens Powell (April 28, 1919 – April 10, 2015) was an American historian, writer, academic, and teacher. He authored over 600 articles and books about the history of North Carolina and was the editor of the six volume Dictionary of North Carolina Biography. He was professor emeritus of history at the University of North Carolina at Chapel Hill, having retired in 1986.
Read more or edit on Wikipedia