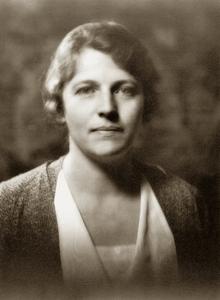 Pearl Sydenstricker Buck (June 26, 1892 – March 6, 1973), also known by her Chinese name Sai Zhenzhu (Chinese: 赛珍珠), was an American writer and novelist. As the daughter of missionaries to China, and later as a missionary herself, Buck spent most of her life before 1934 in Zhenjiang. The family spent their summers in a villa in Kuling town, Mountain Lu, Jiujiang, and it was during this annual pilgrimage that the young girl decided to become a writer. The Good Earth was the best-selling novel in the United States in 1931 and 1932 and won the Pulitzer Prize in 1932. In 1938, Buck won the Nobel Prize in Literature "for her rich and truly epic descriptions of peasant life in China and for her biographical masterpieces"; she was the first American woman to win the prize. From 1914 to 1932, Buck served as a Presbyterian missionary, but her views later became controversial during the Fundamentalist–Modernist controversy, leading to her resignation. After returning to the United States in 1935, she continued writing prolifically, became a prominent advocate of the rights of women and minority groups, and wrote widely on Chinese and Asian cultures, becoming particularly well known for her efforts on behalf of Asian and mixed-race adoption.
Read more or edit on Wikipedia