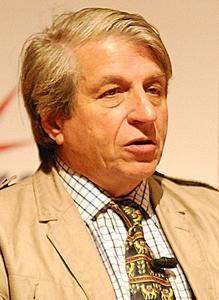 Benjamin R. Barber (August 2, 1939 – April 24, 2017) was an American political theorist and author, perhaps best known for his 1995 bestseller, Jihad vs. McWorld, and for 2013's If Mayors Ruled the World as well as the classic of democratic theory, 1984's Strong Democracy (revised in 2004). He became a top-level international consultant on participatory democracy as well as an adviser to Bill Clinton, Howard Dean, and Muammar Gaddafi.
Read more or edit on Wikipedia