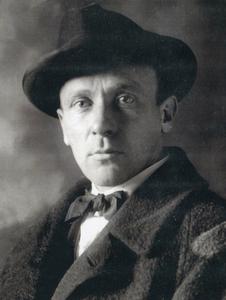 Mikhail Afanasyevich Bulgakov (Russian: Михаил Афанасьевич Булгаков, IPA: [mʲɪxɐˈil ɐfɐˈnasʲjɪvʲɪtɕ bʊlˈɡakəf]; 15 May [O.S. 3 May] 1891 – 10 March 1940) was a Russian writer, medical doctor and playwright active in the first half of the 20th century. He is best known for his novel The Master and Margarita, published posthumously, which has been called one of the masterpieces of the 20th century.He is also known for his novel The White Guard (also called Belaya gvardiya) (Russian: Белая гвардия, romanized: B'elaya gvardiya), his plays Ivan Vasilievich, Flight (also called The Run) (Russian: Бег, romanized: B'eg), The Days of the Turbins (Russian: Дни Турбиных, romanized: Dn'i Turb'inykh), and other works of the 1920s and 1930s. He wrote mostly about the horrors of the Russian Civil War and about the fate of Russian intellectuals and officers of the Tsarist Army caught up in revolution and Civil War.Some of his works (Flight, all his works between the years 1922 and 1926, and others) were banned by the Soviet government, and personally by Joseph Stalin, after it was decided by them that they "glorified emigration and White generals". On the other hand, Stalin loved The Days of the Turbins (also called The Turbin Brothers) very much and reportedly saw it at least 15 times.
Read more or edit on Wikipedia