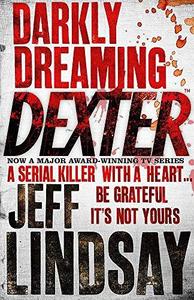 Darkly Dreaming Dexter is a 2004 novel by Jeff Lindsay, the first in his crime horror series about forensic analyst/serial killer Dexter Morgan. It formed the basis of the Showtime television series Dexter and won the 2005 Dilys Award and the 2007 Book to TV award.
Read more or edit on Wikipedia