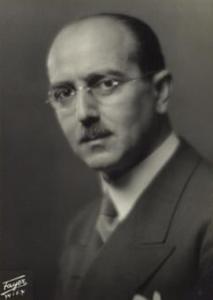 Hans Kelsen (; German: [ˈhans ˈkɛlsən]; October 11, 1881 – April 19, 1973) was an Austrian jurist, legal philosopher and political philosopher. He was the author of the 1920 Austrian Constitution, which to a very large degree is still valid today. Due to the rise of totalitarianism in Austria (and a 1929 constitutional change), Kelsen left for Germany in 1930 but was forced to leave this university post after Hitler's seizure of power in 1933 because of his Jewish ancestry. That year he left for Geneva and later moved to the United States in 1940. In 1934, Roscoe Pound lauded Kelsen as "undoubtedly the leading jurist of the time". While in Vienna, Kelsen met Sigmund Freud and his circle, and wrote on the subject of social psychology and sociology. By the 1940s, Kelsen's reputation was already well established in the United States for his defense of democracy and for his Pure Theory of Law. Kelsen's academic stature exceeded legal theory alone and extended to political philosophy and social theory as well. His influence encompassed the fields of philosophy, legal science, sociology, the theory of democracy, and international relations. Late in his career while at the University of California, Berkeley, although officially retired in 1952, Kelsen rewrote his short book of 1934, Reine Rechtslehre (Pure Theory of Law), into a much enlarged "second edition" published in 1960 (it appeared in an English translation in 1967). Kelsen throughout his active career was also a significant contributor to the theory of judicial review, the hierarchical and dynamic theory of positive law, and the science of law. In political philosophy he was a defender of the state-law identity theory and an advocate of explicit contrast of the themes of centralization and decentralization in the theory of government. Kelsen was also an advocate of the position of separation of the concepts of state and society in their relation to the study of the science of law. The reception and criticism of Kelsen's work and contributions has been extensive with both ardent supporters and detractors. Kelsen's contributions to legal theory of the Nuremberg trials was supported and contested by various authors including Dinstein at the Hebrew University in Jerusalem. Kelsen's neo-Kantian defense of continental legal positivism was supported by H. L. A. Hart in its contrasting form of Anglo-American legal positivism, which was debated in its Anglo-American form by scholars such as Ronald Dworkin and Jeremy Waldron.
Read more or edit on Wikipedia 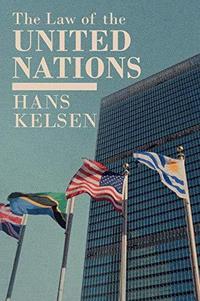 The Law of the United Nations