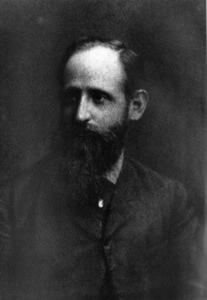 Josef Breuer (German: [ˈbʁɔʏɐ]; 15 January 1842 – 20 June 1925) was a distinguished physician who made key discoveries in neurophysiology, and whose work in the 1880s with his patient Bertha Pappenheim, known as Anna O., developed the talking cure (cathartic method) and laid the foundation to psychoanalysis as developed by his protégé Sigmund Freud.
Read more or edit on Wikipedia