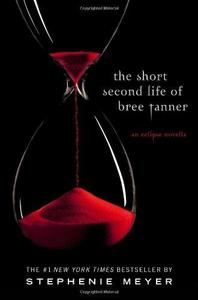 The Short Second Life of Bree Tanner is a novella in the Twilight series by author Stephenie Meyer. It tells the story of a newborn vampire, Bree Tanner, who is featured in the third book of the series, Eclipse (2007). The book is written from the viewpoint of Bree, as opposed to the rest of the series which is predominantly narrated by character Bella Swan. Meyer let director David Slade, screenwriter Melissa Rosenberg, and a few of the actors read a draft of the story during production of the 2010 film The Twilight Saga: Eclipse.
Read more or edit on Wikipedia