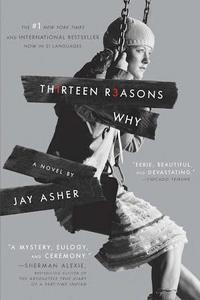 Thirteen Reasons Why is a young adult novel written in 2007 by Jay Asher. It is the story of a young high school student as she descends into despair brought on by betrayal and bullying, culminating with her suicide. She details the thirteen reasons why she was driven to end her life in an audio diary which is mailed to a friend two weeks after her death. Thirteen Reasons Why has received recognition and awards from several young adult literary associations, and the paperback edition reached No. 1 on the New York Times Best Seller list in July 2011. A screenplay was written, based on the original release of the book, that became the basis of the dramatic television series 13 Reasons Why released through Netflix on March 31, 2017. The screenplay contains several deviations from the book, including additional characters and storylines.
Read more or edit on Wikipedia

Who Am I and Why Am I Here: Eight Reasons God Created the Human Race

58 reasons why you must go to Sydney

Free Will Sam Harris : Sam Harris Was Right 366 Reasons Why Free Will Is an Illusion Everyday Calendar Book