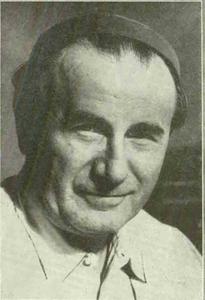 Camil Petrescu (Romanian pronunciation: [kaˈmil peˈtresku]; 9/21 April 1894 – 14 May 1957) was a Romanian playwright, novelist, philosopher and poet. He marked the end of the traditional novel era and laid the foundation of the modern novel era in Romania.
Read more or edit on Wikipedia