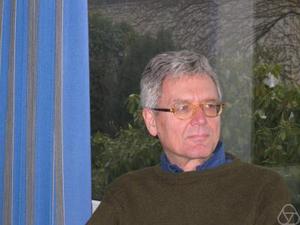 Martin Aigner (born February 28, 1942 in Linz) is an Austrian mathematician and professor at Freie Universität Berlin since 1974 with interests in combinatorial mathematics and graph theory.He received his Ph.D from the University of Vienna. His book Proofs from THE BOOK (co-written with Günter M. Ziegler) has been translated into 12 languages.He is a recipient of a 1996 Lester R. Ford Award from the MAA for his expository article Turán's Graph Theorem. In 2018, received the Leroy P. Steele Prize for Mathematical Exposition (jointly with Günter M. Ziegler).
Read more or edit on Wikipedia