Edward Samuel Herman (April 7, 1925 – November 11, 2017) was an American economist, media scholar and social critic. Herman is known for his media criticism, in particular his propaganda model hypothesis developed with Noam Chomsky, a frequent co-writer. He held an appointment as Professor Emeritus of finance at the Wharton School of Business of the University of Pennsylvania and a media analyst with a specialty in corporate and regulatory issues as well as political economy. He also taught at Annenberg School for Communication at the University of Pennsylvania. Ideologically, Herman has been described as a "dedicated radical democrat", an ideology which opposes corporate control in favor of direct democracy while distancing itself from other radical movements.
Read more or edit on Wikipedia 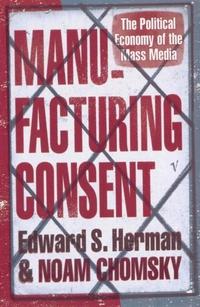 The Political Economy of Human Rights

The Washington Connection and Third World Fascism. The Political Economy of Human Rights ( 1980 )