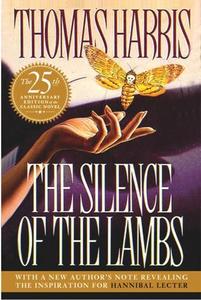 The Silence of the Lambs

The Silence of the Lambs is a psychological horror novel by Thomas Harris. First published in 1988, it is the sequel to Harris's 1981 novel Red Dragon. Both novels feature the cannibalistic serial killer Dr. Hannibal Lecter, this time pitted against FBI Special Agent Clarice Starling. Its film adaptation directed by Jonathan Demme was released in 1991 to widespread critical acclaim and box office success. It won the Academy Award for Best Picture.
Read more or edit on Wikipedia