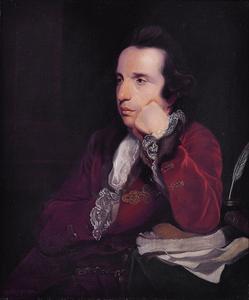 George Colman (April 1732 – 14 August 1794) was an English dramatist and essayist, usually called "the Elder", and sometimes "George the First", to distinguish him from his son, George Colman the Younger. He was also a theatre owner.
Read more or edit on Wikipedia