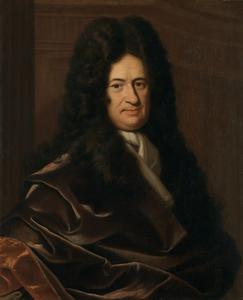 Gottfried Wilhelm (von) Leibniz (1 July 1646 [O.S. 21 June] – 14 November 1716) was a German polymath active as a mathematician, philosopher, scientist, and diplomat. He is a prominent figure in both the history of philosophy and the history of mathematics. He wrote works on philosophy, theology, ethics, politics, law, history, and philology. Leibniz also made major contributions to physics and technology, and anticipated notions that surfaced much later in probability theory, biology, medicine, geology, psychology, linguistics, and computer science. In addition he contributed to the field of library science: while serving as overseer of the Wolfenbüttel library in Germany, he devised a cataloging system that would have served as a guide for many of Europe's largest libraries. Leibniz's contributions to this vast array of subjects were scattered in various learned journals, in tens of thousands of letters, and in unpublished manuscripts. He wrote in several languages, primarily in Latin, French and German, but also in English, Italian and Dutch.As a philosopher, he was one of the greatest representatives of 17th-century rationalism and idealism. As a mathematician, his greatest achievement was the development of the main ideas of differential and integral calculus, independently of Isaac Newton's contemporaneous developments. Mathematical works have consistently favored Leibniz's notation as the conventional expression of calculus.However, it was only in the 20th century that Leibniz's law of continuity and transcendental law of homogeneity found a consistent mathematical formulation by means of non-standard analysis. He was also a pioneer in the field of mechanical calculators. While working on adding automatic multiplication and division to Pascal's calculator, he was the first to describe a pinwheel calculator in 1685 and invented the Leibniz wheel, used in the arithmometer, the first mass-produced mechanical calculator. He also refined the binary number system, which is the foundation of nearly all digital (electronic, solid-state, discrete logic) computers, including the Von Neumann architecture, which is the standard design paradigm, or "computer architecture", followed from the second half of the 20th century, and into the 21st. Leibniz has been called the "founder of computer science".In philosophy and theology, Leibniz is most noted for his optimism, i.e. his conclusion that our world is, in a qualified sense, the best possible world that God could have created, a view sometimes lampooned by other thinkers, such as Voltaire in his satirical novella Candide. Leibniz, along with René Descartes and Baruch Spinoza, was one of the three great early modern rationalists. His philosophy also assimilates elements of the scholastic tradition, notably the assumption that some substantive knowledge of reality can be achieved by reasoning from first principles or prior definitions. The work of Leibniz anticipated modern logic and still influences contemporary analytic philosophy, such as its adopted use of the term "possible world" to define modal notions.
Read more or edit on Wikipedia