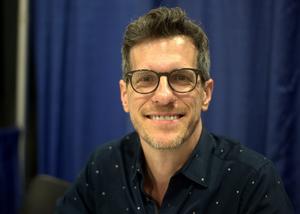 Brian Selznick (born July 14, 1966) is an American illustrator and writer best known as the writer of The Invention of Hugo Cabret (2007) and The Marvels (2015) and Wonderstruck (2011). He won the 2008 Caldecott Medal for U.S. picture book illustration recognizing The Invention of Hugo Cabret. He is also known for illustrating children's books such as the covers of Scholastic's 20th-anniversary editions of the Harry Potter series.
Read more or edit on Wikipedia