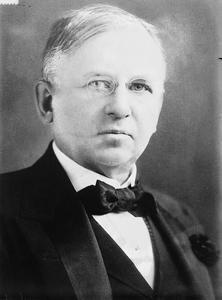 John Wanamaker (July 11, 1838 – December 12, 1922) was an American merchant and religious, civic and political figure, considered by some to be a proponent of advertising and a "pioneer in marketing". He was born in Philadelphia, Pennsylvania, and served as U.S. Postmaster General during the term of U.S. President Benjamin Harrison from 1889 to 1893.
Read more or edit on Wikipedia