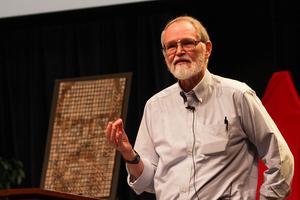 Brian Wilson Kernighan (; born January 1, 1942) is a Canadian computer scientist. He worked at Bell Labs and contributed to the development of Unix alongside Unix creators Ken Thompson and Dennis Ritchie. Kernighan's name became widely known through co-authorship of the first book on the C programming language (The C Programming Language]) with Dennis Ritchie. Kernighan affirmed that he had no part in the design of the C language ("it's entirely Dennis Ritchie's work"). He authored many Unix programs, including ditroff. Kernighan is coauthor of the AWK and AMPL programming languages. The "K" of K&R C and the "K" in AWK both stand for "Kernighan". In collaboration with Shen Lin he devised well-known heuristics for two NP-complete optimization problems: graph partitioning and the travelling salesman problem. In a display of authorial equity, the former is usually called the Kernighan–Lin algorithm, while the latter is known as the Lin–Kernighan heuristic. Kernighan has been a Professor in the Computer Science Department of Princeton University since 2000. He is also the Undergraduate Department Representative. In 2015, he co-authored the book The Go Programming Language.
Read more or edit on Wikipedia 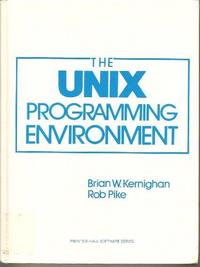 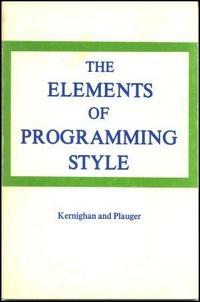 The Elements of Programming Style 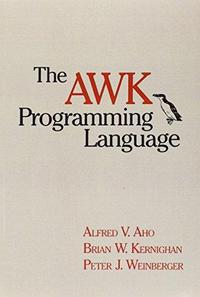 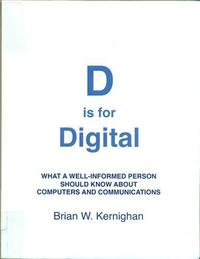 D is for Digital: What a well-informed person should know about computers and communications

An Effective Heuristic Algorithm for the Traveling-Salesman Problem ( 1973 )