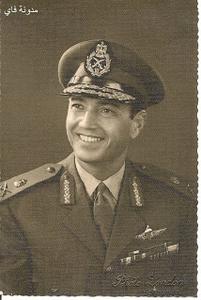 Saad El Din Mohamed el-Husseiny el-Shazly (Arabic: سعد الدين محمد الحسيني الشاذلي, IPA: [sæʕd edˈdiːn elħoˈseːni eʃˈʃæzli])‎ (1 April 1922 – 10 February 2011) was an Egyptian military commander. He was Egypt's chief of staff during the October War. Following his public criticism of the Camp David Accords, he was dismissed from his post as Ambassador to Britain and Portugal and went to Algeria as a political refugee. He is credited with the equipping and preparation of the Egyptian Armed Forces in the years prior to the successful capture of the Israeli Bar-Lev line at the start of the 1973 war. He was dismissed from his post on 13 December 1973.
Read more or edit on Wikipedia